Skyfall -- Bond goes "classic" in his newest mission where M's past comes back to haunt(hunt) her and Bond himself has to confront his past to fight the villain who is not only an ace hacker but also a previous MI6 super-spy.. The action set-pieces were brilliant as usual but what made this film different from most others was it's character development and considerable inclination towards giving an emotional background to the story, a phenomenon silently put forth to action ever since Daniel Craig donned the Bond suit. A special mention to the Adele number and opening sequence, which really set the momentum of the film. Overall the sound effects and the cinematography were brilliant too.

If anyone watches the last part of the film isolated, it would be very difficult for him/her to associate it with any other previous Bond film. Here we sympathize for the villain, doubt the capabilities of the hero, feel the vulnerability of the whole situation while the feelings try to sink in midst the usual bullet fires and humongous blasts. All in all, this was an action thriller with an emotional edge, making it arguably the best Bond film ever.
created and typed by: Aneek Roy Choudhury when the clock proclaimed 7:52 AM 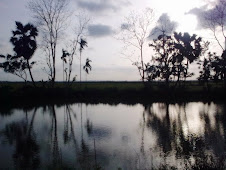